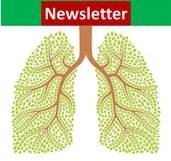 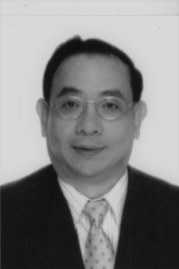 Dr. Chen Nai Kwi William, aged 72, passed away at Queen Mary Hospital, Hong Kong, surrounded by his family on 21 May 2019. He was born in Shanghai on 10 April 1947. William graduated from St. Paul’s Co-Educational College and the Faculty of Medicine of the University of Hong Kong in 1964 and 1971 respectively. William was promoted to Consultant at an early age of 34 and had been the Chief of Service of the Respiratory Medical Department of Kowloon Hospital since 1993 until he retired in 2003.

Throughout his 30-year medical career, Dr. Chen made tremendous contribution to the development of respiratory service in Hong Kong, particularly in the areas of tuberculosis treatment and control, pulmonary rehabilitation and lung cancer management. He was an extremely knowledgeable mentor and many Hospital Authority consultants considered themselves fortunate to be his trainees. He also contributed towards the establishment of a well-structured higher physician training programme in respiratory medicine. Moreover, William was instrumental in the formation of local professional respiratory societies and had been the past president or chairman of every one of them. With determination, he has consolidated the many noble objectives of these professional bodies. In addition, William was extremely active in community service. He was the founding member, medical advisor and past Chairman of the Hong Kong Asthma Society and helped the organization of a COPD patient support group. He also participated eagerly in public health education. William was always energetic and positive. His selfless devotion to public service earned him great respect and life-long friendship from colleagues in the Hospital Authority, professional societies and NGOs.

William was a dutiful son, a loving husband and a dedicated father. He always made time to be with his family despite his hectic work schedule. Ivy was always with William whenever he travelled abroad. William also brought Ivy and his children to hospital Christmas parties and other social gatherings whenever he could. Inspired by their father, both William’s sons, Robin and Matthew, are medical doctors. Robin currently serves as a consultant paediatric cardiologist at Queen Mary Hospital, while Matthew will be starting his career as a surgeon at Queen Elizabeth Hospital in July.

Catholic funeral service will be held at the International Funeral Parlour, Hung Hom, Kowloon on 3 June 2019 to honour his life in the grace of God. The family will be at the funeral parlour from 6:00 pm to receive condolences. Remembrance and sharing will start at 7:30 pm and vigil prayer at 8:00 pm. Final commendation and farewell will be at 10:00 am on 4 June 2019.