Hononary membership is conferred by the Society on a leading member who has made significant contributions to the Society and thoracic diseases, as a sign of respect and appreciation.

(Listed in alphabetical order by surname) 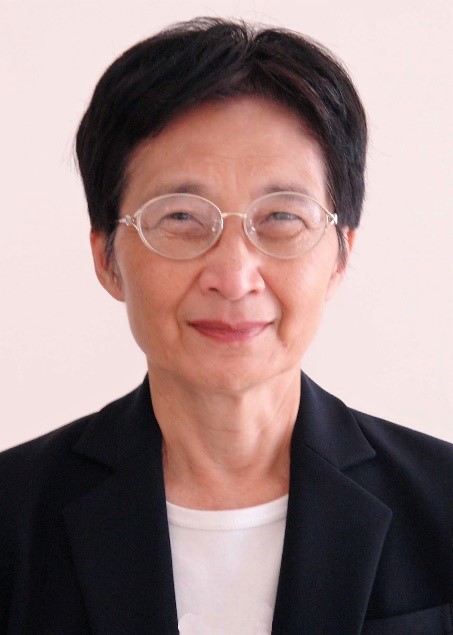 A graduate of Diocesan Girls’ School, Moira entered the Faculty of Medicine, the University of Hong Kong in 1957 with a King Edward VII Scholarship. As an undergraduate, she won several gold medals and prizes. After three years of training at the University Medical Unit, Queen Mary Hospital, she left on a Commonwealth Scholarship to the United Kingdom for further studies in 1966. In the UK she took membership examination of the Royal Colleges of Physicians of Edinburgh and London, and received research training with Professor Jack Pepys at the National Heart and Lung Institute, Brompton Hospital. Because of the 1966 and 1967 riots in Hong Kong, she and her husband left for Vancouver, BC, Canada at the completion of her postgraduate training. After another round of licensing and professional examinations in Canada, she began her academic career in earnest at the Department of Medicine, the University of British Columbia. Her main area of research was in asthma, beginning with studies of exercise induced asthma but later focused on the condition prevalent in British Columbia, occupational asthma due to Western Red Cedar (Thuja plicata). She identified the chemical compound in Western Red Cedar wood causing asthma, and worked diligently to have occupational asthma recognized as a compensable disease and for the patients who failed to recover to receive permanent disability benefits, first in Canada and later in North America. She established the Occupational and Environmental Diseases Centre, at the Vancouver General Hospital. She served on or chaired a number of research grants and advisory committees, including the Medical Research Council and Health and Welfare of Canada, the Pulmonary Disease Advisory Committee of US National Institute of Health, the International Union Against Tuberculosis and Lung Disease and the World Health Organization. Her contributions in the field of occupational asthma and occupational lung diseases were recognised by several awards, including the award for “Major and Lasting Contribution to Occupational Medicine” from the American Industrial Hygiene Association and the prestigious Distinguished Achievement Award from the American Thoracic Society.

During the course of her career, she has published over 400 peer-reviewed scientific journals. After retirement, she embarked on her second career— a researcher in history and has published a number of medical and nonmedical history books including three books on the medical history of Hong Kong. At present she is Professor Emeritus of Medicine, the University of British Columbia and Hon Clinical Professor Medicine, the University of Hong Kong. 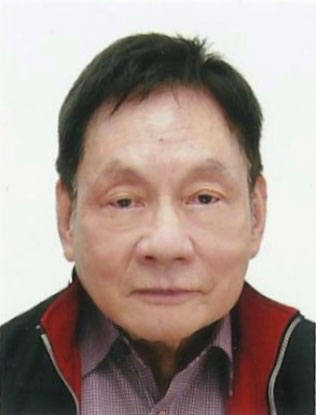 Dr CHAN, Shiu Lun obtained his medical degree of M.B.B.S.(HK) from the University of Hong Kong in 1965. After graduation, he started his long service in chest unit in Hong Kong by first working as a medical officer in Ruttonjee Sanatorium, Hong Kong from Jan 1966 to Sept 1972.

In Sept. 1972, Dr CHAN was granted Sino-British Fellowship Trust to further his training in chest diseases in the Institute of Chest Disease of the Brompton Hospital in London and completed the postgraduate Diploma in Tuberculosis & Chest Disease D.T.C.D.(Cardiff) in the Welsh National School of Medicine in Cardiff in 1973. Afterwards, he continued to work and attend courses in Glasgow, Edinburgh, Bradford, Birmingham, and Blackburn through 1976 and obtained his M.R.C.P. [UK] in 1975.

In August 1976, Dr CHAN returned to Hong Kong and worked as senior medical officer at Ruttonjee Santorium. He was promoted to consultant chest physician in the Hong Kong Government Chest Service from Sept 1978. Dr Chan was also awarded F.R.C.P. [Edinburgh] in 1987 and became foundation fellow of FHKCP in 1986 and FHKAM in 1993.

Dr CHAN retired from the government chest service in Dec 1994 but continued to provide medical consultation in Canadian Consul and Embassy (from 1995 to 2011) and acted as private practitioner from 1997 to 2011. Up till now, Dr CHAN, Shiu Lun is still the honorary medical consultant of Hong Kong Tuberculosis, Chest and Heart, Diseases Association. 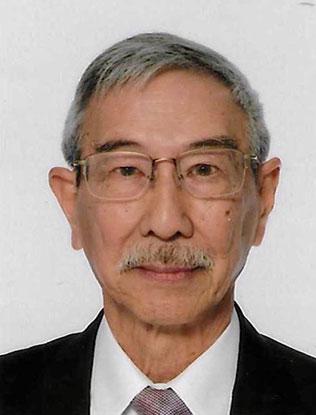 I graduated from HKU in 1960 and was awarded the Anderson Gold Medal together with the CP Fong medal in Medicine and Digby Memorial Medal in Surgery. In the early 60s Respiratory Medicine started to evolve beyond Pulmonary Tuberculosis and didactic teachings to physiological based and evidence based understanding of the respiratory diseases. Prof McFadzean in the University Department of Medicine then arranged for me to be trained in Respiratory Medicine at the Brompton Hospital in London. Before departure, I enjoyed 4 months training at the Ruttonjee Sanatorium. I was immensely enlightened and impressed by both clinical and administrative expertise plus the dedication in the care of the tuberculous patients by the two Sisters Aquinas and Gabriel and the voluntary surgical services by Dr. Kenneth Hui and Dr. Morgan Lui. It was a very enjoyable experience. At the Brompton, I was exposed to both the old world traditional chest physicians and the new turks of respiratory medicine, formulating my interest in this specialty.

I rejoined the University Department of Medicine in mid 1966. The newly formed Respiratory Unit was incorporated into the Lewis Lab formed exactly 10 years previously. Starting with one untrained lab helper plus two water displacement spirometers, the pulmonary lab developed flow-volume recordings, nitrogen washout lung capacity, carbon monoxide diffusing capacity and exercise ventilatory gas exchange with non-invasive cardiac output assessment by improvising, building these machines locally by ourselves as commercial pulmonary function machines were not available in those days. It was fortunate that my lab assistant Ah Ming proved to be industrious, diligent, eager to pursue new knowledge and techniques. He finally acquired the license of a full-fledged pulmonary function lab technician. I was privileged together with the cardiologists to be involved with the development of the intensive care unit in QMH, the second such unit in HK. Fibreoptic bronchoscopy was started in the 70’s. Before the arrival of monitors, I had to supervise the trainees with a teaching scope attached to the fiberoptic scope. The Respiratory Team introduced integrated clinical rounds with thoracic surgeons and microbiologist and radiological rounds with Prof. Henry Ngan of the radiological department to improve the training environment of our trainees. I was promoted to Senior Lecturer in 1973 and Reader in Medicine in 1977. My most treasured achievement working in University Department of Medicine was the success in stimulating and enticing Prof. WK Lam and Prof. SY So to take up the specialty of Respiratory Medicine. They had facilitated the progressive evolution and success of the Respiratory Unit in the Department of Medicine of QMH and were instrumental in the formation of the local Chest Societies and the HK Lung Foundation. Since 1982 I entered the world of private practice. I do miss the stimulating academic exchanges, challenges and the family atmosphere in UMU. I have been awarded the chance to cherish and enjoy the teaching of medical students all these years. I was invited to be an Honorary Professor in the Department of Medicine in 2010. I started the pulmonary function lab in St. Paul's Hospital and helped the development of the intensive care in the HK Sanatorium & Hospital. Fibreoptic bronchoscopy then started to become popularised in the private hospitals since 1982. Looking back, I find this new world fascinating. This has allowed me more time to engage with my patients and their relatives to have a better communication and comprehension of their underlying ailments, palpable to their aspirations, trials and tribulations, resulting in immense satisfaction on many occasions. With the rapid evolution in Respiratory Medicine in recent years, I am indebted to our Chest Societies in organizing seminars to educate all our respiratory colleagues the up to date knowledge to enable us to deliver the best management for our patients. It is never too old to learn. I sincerely hope that our local Chest Societies will continue with this vital mission forever.